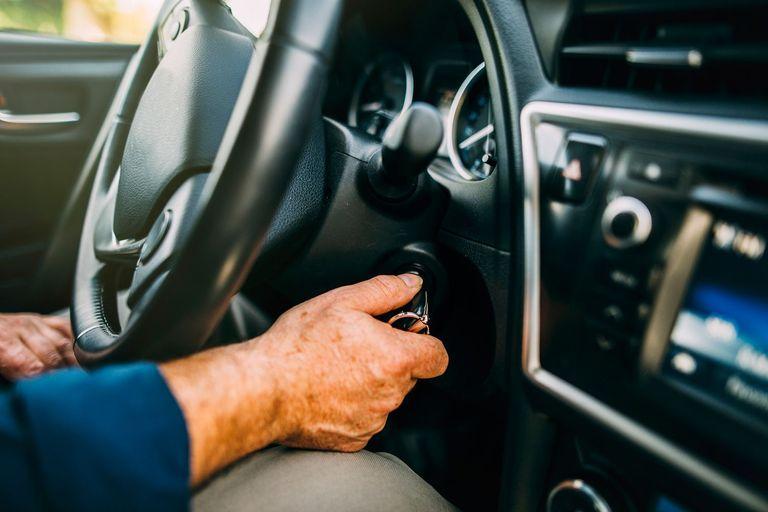 Every car owner dreads getting into the car early in the morning only to encounter difficulties in starting the engine. This scenario is quite familiar among car owners. The engine of a well-functioning car should start easily immediately it is ignited. The temperature of the car’s engine determines greatly to its hard starting. The hotness of the car’s engine could be the reason why the engine is having difficulties starting.

If your car is difficult to start when the engine is hot, there are faults that could be causing that. The solution is to trace the problem and try to fix it as fast as possible. Finding the causes of hard to start a hot engine might take time due to the numerous components in the vehicle. This post will mention some of the common causes of this problem.

Causes of hard starting when the engine is hot

Most drivers experience difficulty in starting their car when the engine is hot. Most of them do not know the causes of this or what they need to do to prevent it. Before you learn how to prevent this, you need to know why it happens in the first place. If your vehicle is hard to start when the engine is hot, you can trace the problem to a faulty component in the car.

Below are some of the reasons why your vehicle is hard to start with a hot engine:

One common reason why your engine is having a hard time to start is a clogged air filter. Contaminants like dust and debris can block the filter as time goes on. This will eventually restrict the flow of air to the filter. A clogged air filter will affect the overall performance of your vehicle.

Some of its symptoms include hard to start, reduced engine power, slow acceleration, and misfires. If this is the problem, you will need to get a replacement as soon as possible. But first, you need to check the filter for any contamination or damage. Servicing and maintaining your vehicle as recommended can help prevent you from ending up with a clogged filter.

This is another reason why your vehicle might be having a problem starting when the engine is hot. When your fuel pressure or injector is leaking or faulty, it can cause stalling in your vehicle. If the weather is hot, a car engine is hot, and the fuel lines are hot, it might cause a hard starting as the fuel will evaporate inside the fuel lines. A damaged or leaking fuel pressure regulator or injector will lead to misfiring, engine stalling, and hesitation.

If you want to be certain that the FPR is leaking, you should disconnect the vacuum line from it. After doing this, if you detect the line smells like gas or is wet with fuel, then the FPR is leaking. You will need to replace the FPR immediately.

The condition of the battery is very important. A loose or corroded battery terminal can also be the reason your car is hard to start when the engine is hot. Corrosion in any electrical system can resist the flow of electrical current. So, if your battery is a bit corroded, it might not affect the starting of your engine. However, the rise of the electrical system temperature of the car can make it difficult for the electrical components to function effectively. This will make it difficult to start your hot engine until it cools down.

Some of the symptoms of a corroded or loose battery terminal are difficulty in starting/ no start, damaged electrical systems, bad starter motor, an undercharged battery. To check your battery for corrosion, you need to examine the positive and negative terminals for any white or green substance. You can get rid of corrosion by mixing baking soda and warm together. Then apply this mixture with a soft brush to the battery terminals.

The volatility of every gasoline fuel is what lets it mix with air to create good combustion. Vapor lock is what is created when fuel vaporizes before it gets into the combustion chamber. This will happen when fuel boils before getting to the carburetor. This condition will cause the mixture of vapor and bubbles which will in turn restrict free flow.

Vapor lines can be caused by the temperature of the weather and fuel lines that close to a hot engine.  Clogged vent lines will let vapor mix with the fuel coming out of the tank and it will eventually affect the performance of the vehicle.

The various symptoms of vapor lock include hard starting/ no starting, low engine power, and stalling of the engine.

A reason why the engine is hard to start when it is hot is if the internal start motor connections are not functioning properly. The starting motor of every vehicle uses carbon bars and a slip ring for current to flow to the armature. As time goes on, the brushes wear out and the springs holding them will also get weak. This will affect the internal electrical circuit of the starter motor.

In summary, there are different causes of hard starting when the engine is hot. This post mentioned the common ones that can cause this problem. You should find the problem as soon as possible in order to prevent it generating into a bigger one. You can take your vehicle to a repairer for a complete diagnosis.